I don’t think I’ll ever *not* want to climb the Tooth. This short approach, easy climb leads to great views over the Cascades, all of which is a 1 hour drive from Seattle. 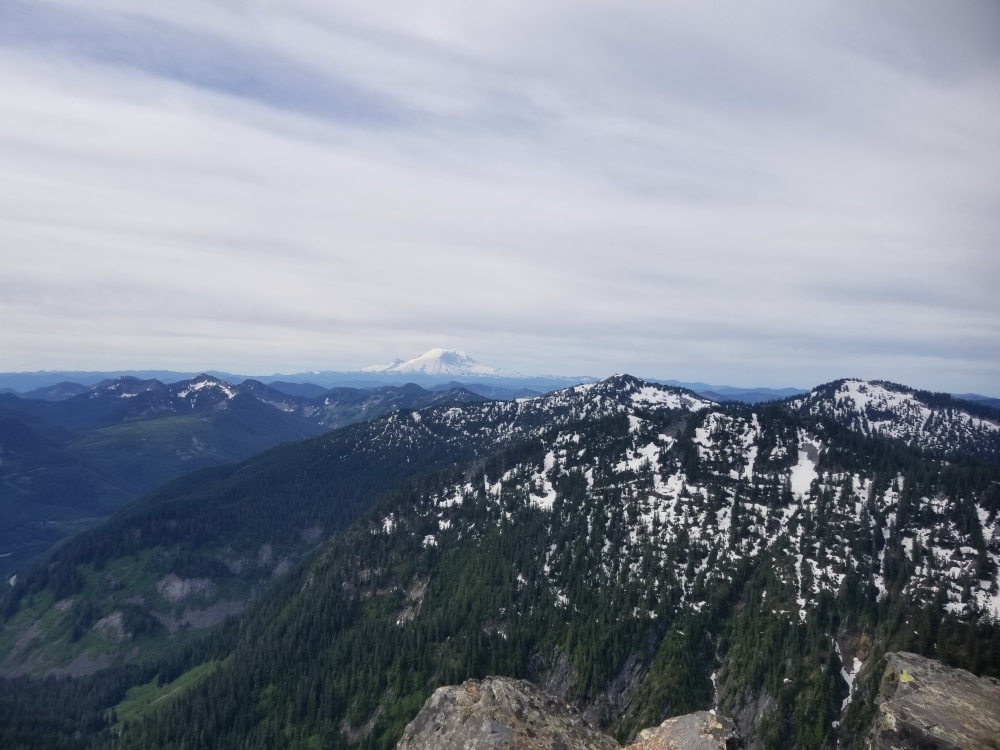 That being said, it’s an extremely popular climb because of its easy access and gentle climbing. Our Wednesday adventure had us meeting at the trailhead at 0430 and rolling out around 0500. Was there a lot of grumpy faces… yes (mostly mine) Did we time it perfectly so we wouldn’t need headlamps and wouldn’t need to wait for the route? Maybe =)

The approach to Source Lake was entirely snow free save for one patch on the trail near the intersection of Snow and Source Lake Trails. Once we hit Source Lake we cross one snow field and then headed up the mostly melted out gully near Bryant. 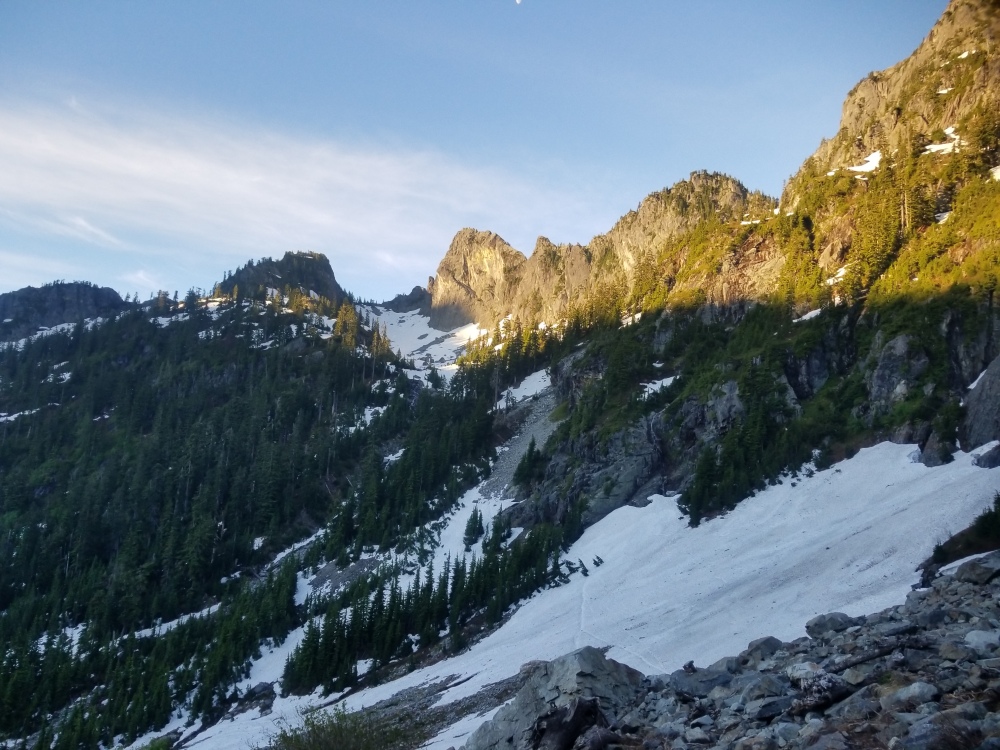 Great Scott Basin is still snow filled, but some of the bigger boulders are starting to pop out. There are some areas where the snow is getting thin and postholing is a distinct possibility. The gully to the left of Pineapple Pass is melted out save for a short snow finger than you don’t really want to try to climb down. It definitely involved some careful down climbing. 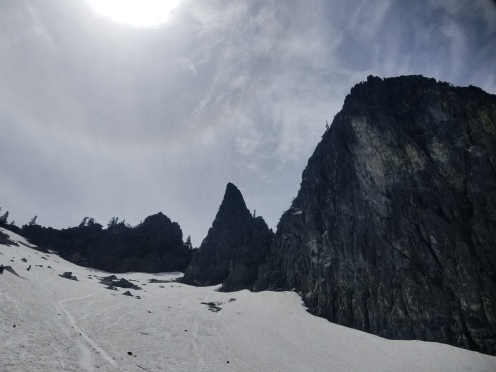 When we reached Pineapple Pass there was one team that had just rappelled down and was getting ready to rappel down the scrambly bit to the Pass, and another team’s follower just leaving the deck. We harnessed up and off we go. 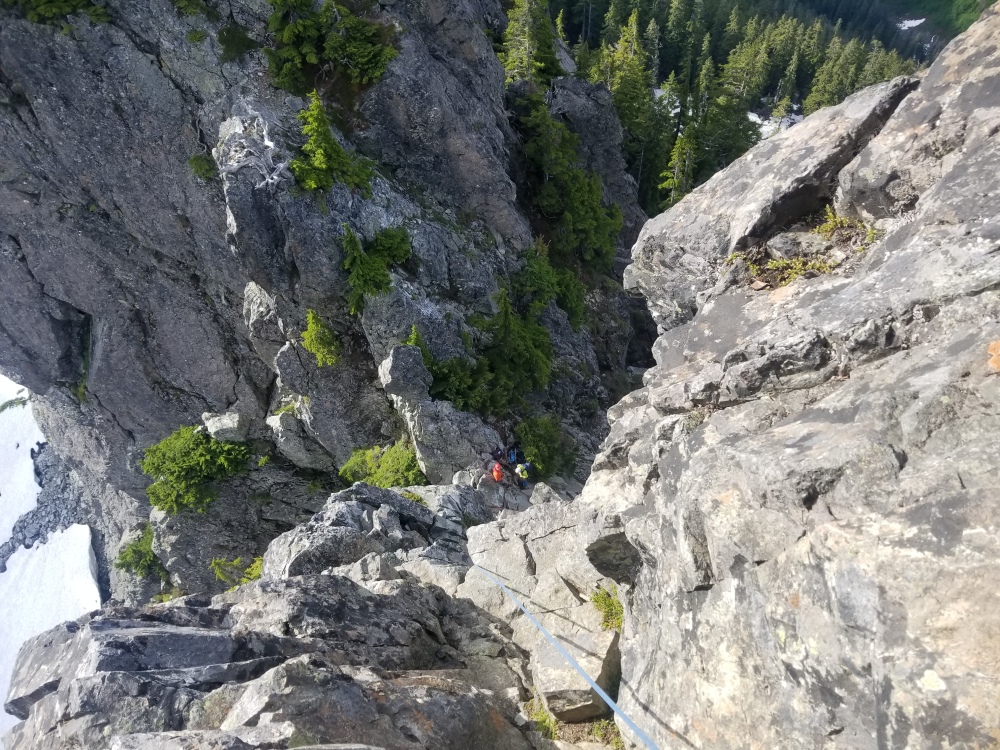 Right around this time it started getting really windy. The day started off with calm winds and blue skies, but we saw the clouds roll in and the wind really started picking up, making communication fairly difficult. We made it to the summit in about 2 hrs, so 5 hrs after we left our cars. Of course, the views did not cease to amaze.

Unfortunately, I was not able to enjoy my summit brunch as I left my slice of Hawaiian pizza in the car. I was a very sad panda…thankfully my partners  had some gummy bears and Chex Mix to stave off the impending hangriness.

Our rappels went off without a hitch, and we were back at our packs in an hour. Our car to car time was just shy of 9 hrs, which is pretty par for my experiences. I’ll probably end up doing this one a few more times this year =)

I suffer so I can eat. View all posts by pstran42